We hope that you find these area resources useful when visiting Ballston Lake.

If you plan to fertilize your lawn this fall, remember that it is against New York State law to fertilize lawns between December 1 and April 1. Some areas also have local laws about selling and using lawn fertilizers.

Visit DEC’s Lawn Fertilizer webpage for more information. The law does not apply to agricultural fertilizer or fertilizer for gardens.

Choose a lawn fertilizer with no phosphorus.

Lawn fertilizer can have unnecessary phosphorus that runs into waterbodies. Excess phosphorus in freshwater lakes and ponds can cause algae overgrowth, with serious impacts to the environment and public health. 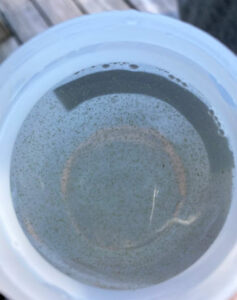 In a troubling sign for one of America’s most storied and pristine lakes, harmful bacteria have floated atop parts of Lake George over several days.

For years, residents and regulators around the historic resort destination, known as the Queen of American Lakes, have worried that worsening water quality would invite toxic outbreaks or “blooms” of cyanobacteria, commonly referred to as harmful algal blooms. On Monday, the state confirmed one on Lake George after it was discovered by the Lake George Association, one of several nonprofits that looks out for the lake.

The bloom spread out around Assembly Point and moved through several bays on the south end of the lake near the Village of Lake George, and was dissipating on Tuesday.

“It’s a wake-up call for us,” said the lake association’s executive director, Walter Lender. “It really lets people know that Lake George is not immune to these.”

More from the article

Important information regarding private domestic use of lake water

Important Information Regarding Private Domestic Use of Lake Water