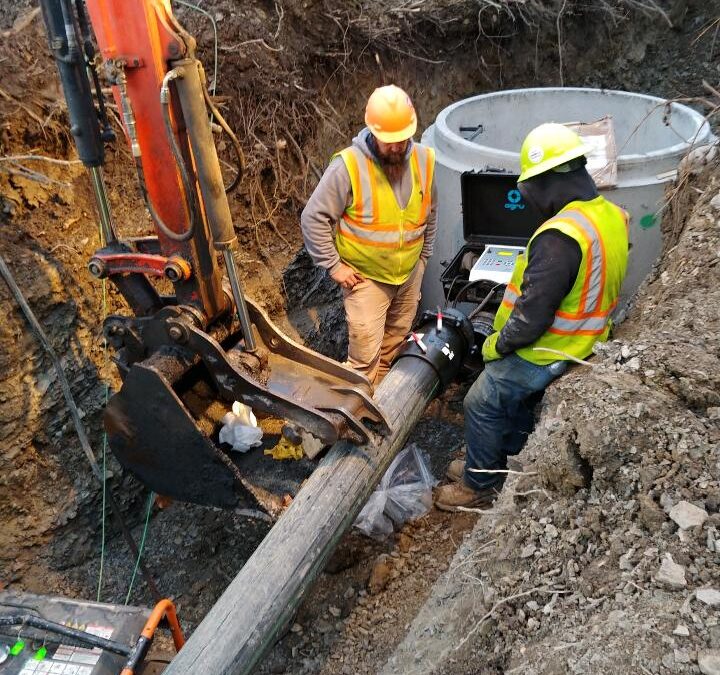 The four contractors all continue to make progress.

Contract #1 is working on Jacob Street and making the directional drill under Lake Hill.  They will next be working down Lake Hill.  Their current schedule calls for working on the pump station during the Winter.

Contract #2 is doing the last several connections on Connolly/Powers.  They will then start from White Beach Road back toward the end of Westside.  This area was previously deferred because it was quite wet.   They plan to repave Westside Drive in September or early October and will be setting up the electronic sign to notify residents when the exact schedule is determined.  Then in a couple months they should start on Lake Road.

Contract #3 is installing services along Lake Road and doing a directional drill on Lazur.

Contract #4 continues to struggle with the rock on East Side but is progressing.  There are two manholes remaining and 19 services to complete.

At this time, it is forecast that contractors 2, 3, and 4 will be mostly done this year with some cleanup in the Spring.  Contractor 1 (Buell Heights) is expected to take longer and will finish no later than Fall of next year per contract.

A culvert was replaced on Pearce Lane because the home-made culvert had to be removed to do the sewer install and could not be properly put back together.  A new culvert was installed with project contingency funds and the general drainage improved.

Hickory, Zani, and Lundy Lanes have been damaged more than anticipated by the heavy equipment.  A change order to repave the previously paved portions of those roads has been developed by the project engineer, reviewed by the sewer committee, and approved by the Town Board.   The work will be completed this Fall to be done before Winter.

Several residents have expressed concerns about flooding on Powers Lane.  With the assistance of the Town, the sewer project installed an additional drainage pipe to improve the situation.

The contract requirements are that all roads and properties will be brought back to equal or better condition than when the project began.

A number of residents have asked about the height of street shutoff valves because of concern for plowing damage.  The contractors will properly lower all valves before Winter.

Sewer construction is a messy process in the short term. Contractors are required by our written contract to remediate any damage, including property and roads. Initial remediation is temporary to ensure safety and protect from erosion.

Contractors typically install the main lines, manhole structures, pressure test and then come back and install individual resident connections last. Because of this process it doesn’t make sense to do the final remediation until all other work is done.

Westside Drive will be repaved because the sewer line must go down a cut in the roadway due to the locations of gas and water lines on opposite sides of the road. Other roads, public or private, will be evaluated after work is completed and appropriate repair or repaving done to return the road to equal or better than the initial condition.

“Retainage” is withheld from each payment to the contractor. This is a percentage of the payment retained by the Town and paid to the contractor at the end of the project. This is an industry practice to assure that the contractor satisfactorily completes the entire project including any required remediation.

A letter is distributed to each resident prior to work starting in their area. It includes a contact number for the Project Manager, Adirondack Mountain Engineering (AME). There is also an AME inspector onsite monitoring each contractor. If residents have specific concerns, they should either discuss them with the onsite inspector or contact AME. Residents should refrain from discussing concerns with individual contractor personnel who may not be fully aware of the details of the contract. Residents should also be aware that contractors are not allowed to accept additional work from residents until after the sewer project is completed. 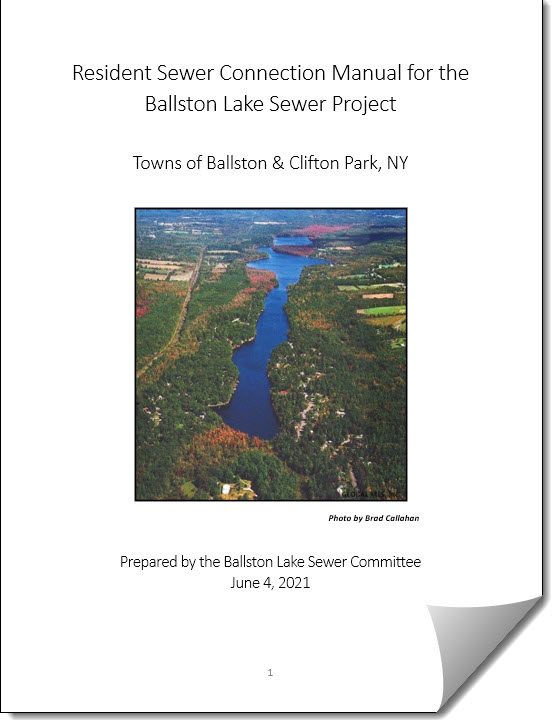 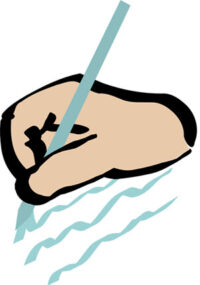 Quotes from Letters to the Town